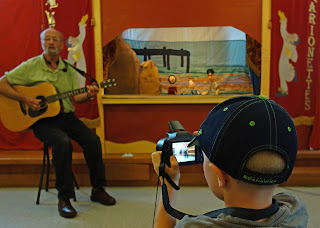 What a summer.  Very long and, between the heat and the parade of festivities, pretty exhausting.  You go to some event and you go home a little tired by it and generally pleased to have attended it, but you don’t probably think of all the work that went in to making it happen and the fact that there are a pretty limited number of people here who are making all those things happen.

Here is a list of 20 events that it’s easy to call up:

I have not remembered everything (apologies rendered)and certainly haven’t gone to everything; in fact I’ve probably gone to fewer events than I usually would, in part because I’m exhausted and in part because I’ve been to them numerous times before and I decided this year to be on vacation as seemed suitable.  So I can’t evaluate them individually (nor do you need me to), but I can say that’s a pretty impressive list for a place with only 1,000+ permanent residents who do most of the organizing to make these possible.

Yes, the brand new dock collapsed, just a month into its new residency.  And that was surely a shame.  But I don’t think the County people who were responsible for its being installed feel any happier about that happening than we do.  Clearly a failure on their watch.  Perhaps they’ll be inspired to get a new one faster, but perhaps they’ll be even more cautious about installing a new one.  Easily, it could go (and justifiably) either way.  Something about the tides on Lighthouse Park Beach that they didn’t understand and having the dock collapse won’t, by itself, teach them why it happened.

But now it’s all going to be slowing down what with Labor Day only 2.5 weeks away.  The Canadians will soon be packing their cars (still without chickens and eggs) and heading the other way with happy memories of another Summer at the Cottage.  And we’ll still be here, starting planning for next summer and the many ways to entertain our family guests and our neighborhood cottagers in the summer of 2016, when we’ll also have a new library to celebrate.  But first, we're probably going to take a little rest.

Just a reminder that the P.R. Library and the Friends of the P.R. Library are sponsoring a live marionette theater performance this Saturday at the Community Center at 3 pm.  The "Welcome Marionettes" Company were here two summers ago and gave a wonderful performance of "The Wizard of Oz."  This year, it's Popeye and Olive Oil and, I trust, Sweetpea, and all that gang from my childhood (and perhaps some of yours), who are just as endearing if you've never met them before.

This is a wonderful opportunity for kids to be exposed to live puppet theater, and to meet the people who give life to these charming creations.  Free for kids, free for grownups.  Please do come!
Posted by judy ross at 3:10 PM No comments: