Coming up quickly on election day.  Get those ballots in the mail.  You've had lots of money spent on mailers to tell you why X is the best candidate or Y is the best idea since sliced cheese, so you probably don't need any more from me on that topic.  However, you don't get very much on local elections.  Of course, there are only two, I think, contested elections here in Point Roberts: at the Water District, it's Arthur Reber and Wayne Knowles; and at the Fire District it's Judson Meraw and Stan Riffle.

Reber is the past/first Chair of the Community Advisory Committee and in that role he learned quickly about how to go about dealing with the County machinery.  And, he was always committed to involving the community in the processes of his committee.  There were lots of different forces at work in the Advisory Committee and I think Reber did a terrific job in managing them.  I didn't favor the Committee taking on the task of the Character Plan Committee, but it's not as if I had some terrific alternative plan to suggest when Jack Louws decided that Committee needed to be brought back to life and Reber supported taking on that job, too.

Knowles is the guy originally behind Seabright Farms, and he's been here in the community a long time.  Mostly, though, he's a business guy, as far as I can tell.  And I am inclined to think that his interest in the Water Board is largely a function of his interest in his many potential Seabright cottages.  Well, we're all interested in having water, of course, but ...

So, I'm hoping Reber wins in this position, not least because he has the time and interest and demonstrated capability of community work.  Commissioner jobs are essentially unpaid, so it's little surprise that many people with other obligations aren't too willing to spend much time at them.  Reber will spend the time.

At the Fire District, I'm hoping that Judson Meraw wins that slot.  I know Judson from having worked with him some years ago on the creation of the Community Events sign, and also from his generous work in helping to create the Book Sculpture in front of the Julius Firehall (the location of our new library-soon-to-be).  I know Stan from having watched him at work at the dozens of Fire District meetings that I have attended.  If you have read this blog over time, you'll know I'm no fan of the way that Bill Meursing runs Commission meetings, and in my experience, Riffle is just another vote for Bill Meursing on all decisions.  I never saw Riffle stand up for community involvement in the Commissioners' work (unless it was to support Chief Carleton's community involvement programs, which is a very different kind of community involvement).  Judson is all about community involvement in every form.

On a 3-person Commission, taking an extra vote away from Meursing, would only serve democracy I think, where we usually think it's 'One Person, One Vote.'

I always wonder about how people who move here in spring/summer respond to their first fall with its more than fair share of deep grey skies, early darkness (at both ends of the day and we still have a week+ to the end of daylight savings time), and frequently persistent rain.  Gardening is still required, but not that much fun since it's mostly clean-up and burn piles with very little persistent harvest of fruits and vegetables (we still have apples, there will always be kale, and there is yet a large box of green and reddening tomatoes on the porch:  for a local recipe for excess tomatoes, see here:  rustic tomato soup--although I can't vouch for that 4 cups of basil).

Metaphorically, the state of the peninsula is also in a bluesky-greysky mode.  Under "blue skies", we have the fact that the Friends of the Point Roberts Library are very close to achieving their fundraising goal ($538,000) and it is a distinct possibility that renovation of the Julius Fire Hall could be completed next year.  That task will be under the supervision of the Park and Recreation District and they will undertake the responsibility for raising/providing additional funds should the project cost more than $538,000.  It's coming up on the election, so several of the Districts will be welcoming new Commissioners or returning old ones.  I suppose the fact of elections is a good thing, so it can have a place in the blue-sky paragraph.  The outcomes?  If you put in the giant new jail emporium being planned for Whatcom County, it looks less sunny.  Currently, even at the federal level,  there is a significant consensus about the need to have fewer people in jail in the U.S.   So why does the Whatcom County Executive think there is a need to have an even bigger jail?  You might think that with marijuana legalization, fewer low-level drug offenders would be being sent to the county jail and that the level of incarceration would already be down.  Well, who knows, but in the meantime, count me as a major skeptic for this project.

And then there are the grey-skies, including the radio towers.  Yes, the Superior Court said they can't be built which makes it bluesky, but the radio station people may yet appeal that decision and if they do, its back in grey-skies.  There is the missing dock, and until the County figures out how to do a better job and gets it returned to the water, it's a grey-sky issue.  The lighthouse at Lighthouse Park has had some encouraging moments, but the executive branch has offered plenty of discouragement.  And, finally, there is the dog-leash issue.  Generally, I favor the view that says, when your making new laws and regulations, think about how they will work in Point Roberts and consider whether some kind of accommodation is needed.  Sometimes, yes; sometimes, no.  If there is no place here for dogs to run around a bit, off a leash, then the County needs to get such a place established.  If it doesn't want to permit such activities in our public "[beach] parks," then the appropriate answer is not, "let them run through the private property that is the beach, but prevent them from running on the public property that is the beach.  Deeply grey skies, that one.

And then comes winter?  Oh, my gracious.
Posted by judy ross at 12:33 PM No comments:

Friends, relatives, people who don't live here often ask, "What's Point Roberts like?"  This week we had a particularly nice example of Point Roberts at its absolute best. 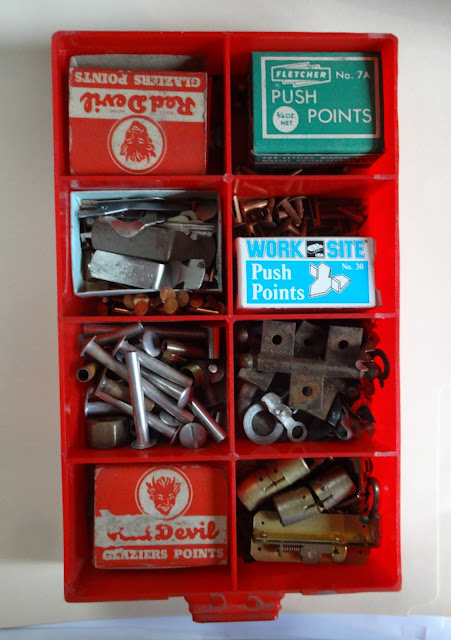 THAT is a community at its very best!
And it may also explain how we get by with so very few stores.
Posted by judy ross at 2:43 PM No comments: