It's been an absolutely spectacular summer for my small lily plantation (it's a small plantation-- about 4 dozen plants--but the lilies are enormous).  The first set, which bloom in june mostly, were absolutely abundant in buds, with 4 and 5 foot tall stalks holding up to 16 large buds and then 16 flowers, although not all blooming at once.  The second set, which are the ones that have a lot of scent, bloom in late July and August.  They have been very tall--several of them over 6 feet--and they too have had multiple flowers, though not above 7 or 8 on any one stalk and most fewer.  But over all they are just amazing.

They're an easy plant to grow.  Like tulips, they are bulbs, but they don't have hardened outsides so they are sensitive to sitting around in wet soil throughout the winter.  You want to have them where there is good drainage.  But other than that and feeding them two or three times during the growing season with miracle grow or some such ordinary fertilizer, they just provide their own motivation.  And then they produce your astonishment.  See below!

I buy mine from a place in Oregon, I think, called B&D Lilies.  They're a very nice lot of people who provide good information as well as good bulbs.  They'll send you a free newsletter if you ask, or a beautiful catalog.  The bulbs are a little on the pricey side, but they multiply over the years and if you have sun and good drainage, you're likely to have many more than you originally bought over 5 or 6 years.  The orange ones below started out with only one bulb, and now there are six stalks, each with multiple gorgeous orange lilies. 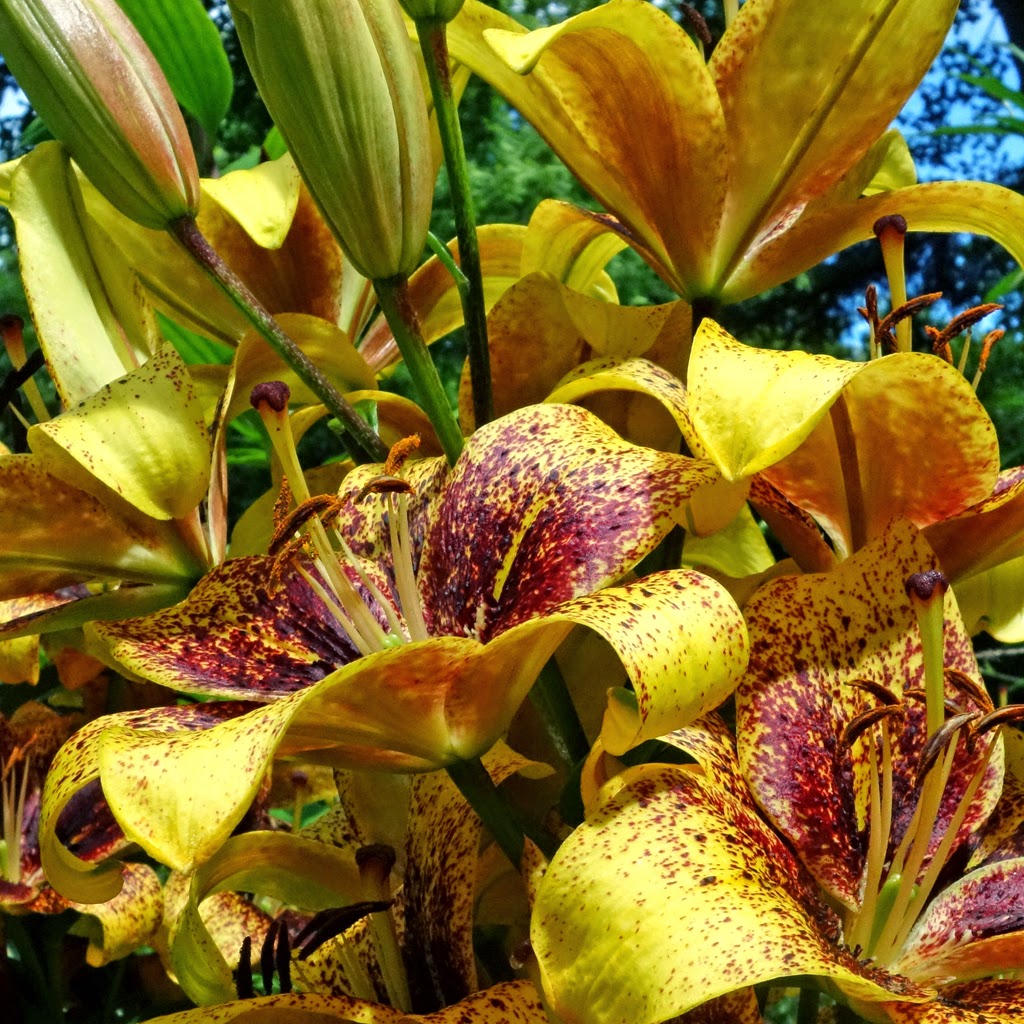 The white one with the yellow ribs below is 8 inches across and divinely scented. 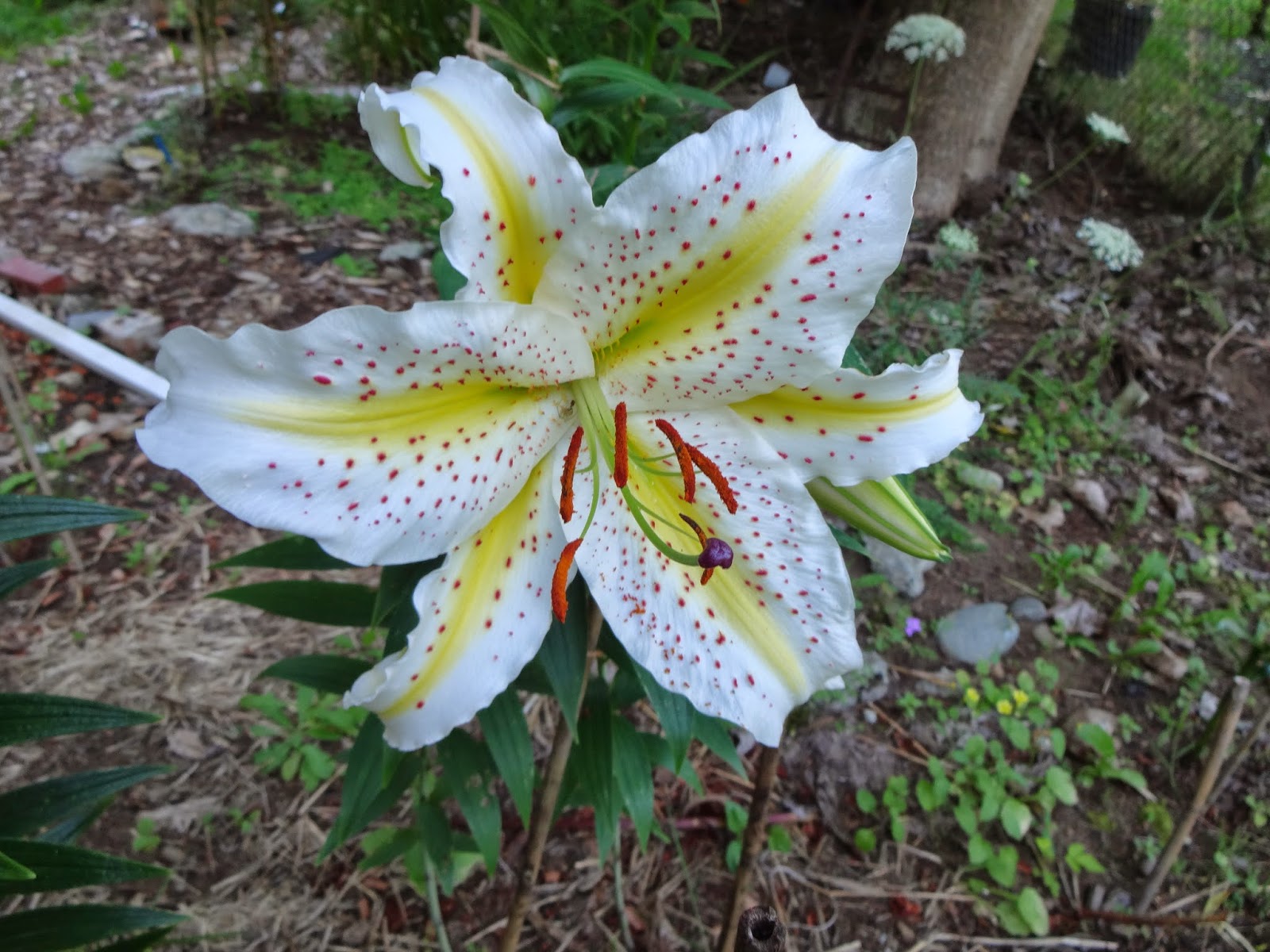 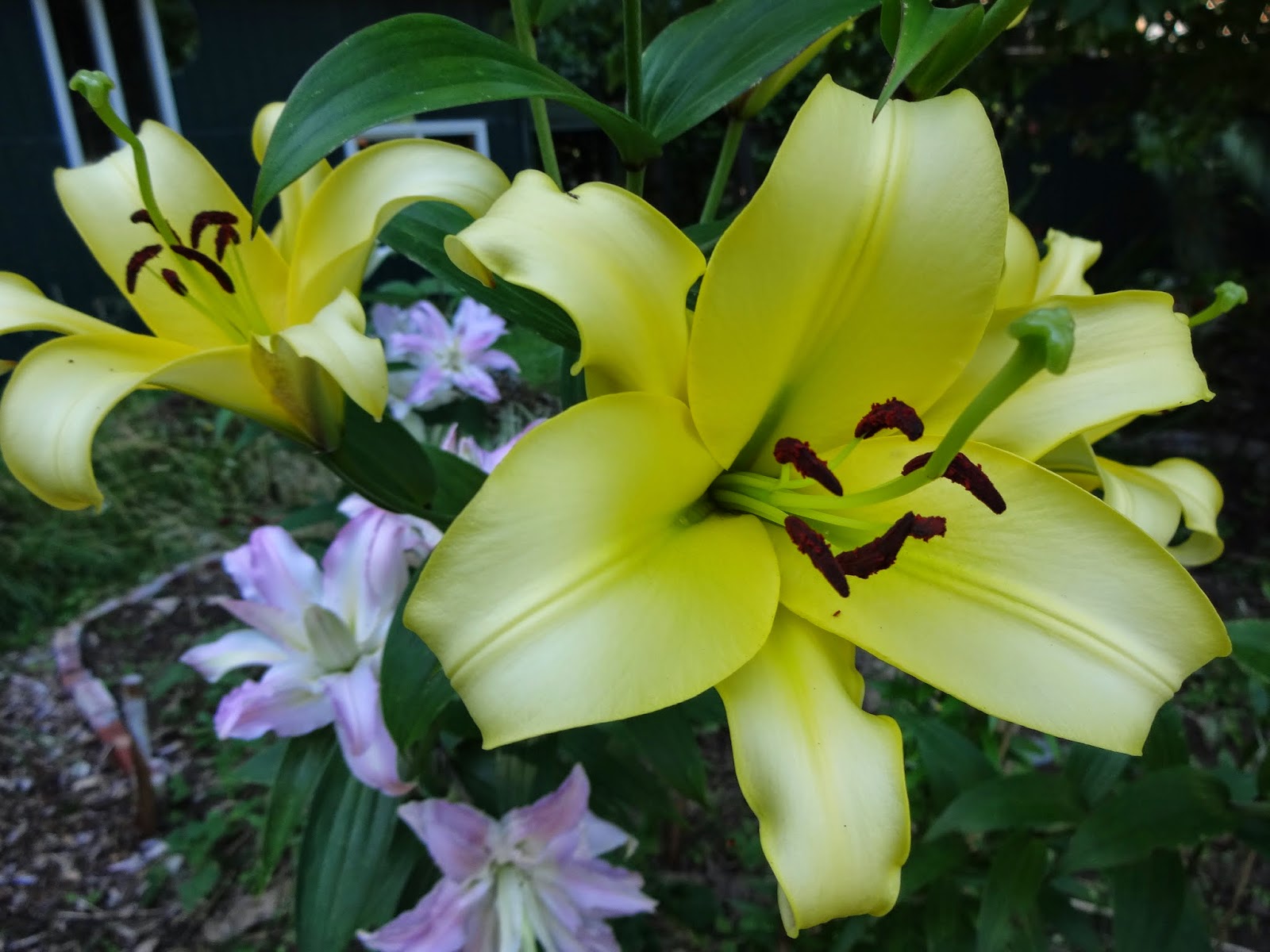 The yellow ones above are quite tall and the double pinks below them are not tiny flowers: they are just quite a ways away. 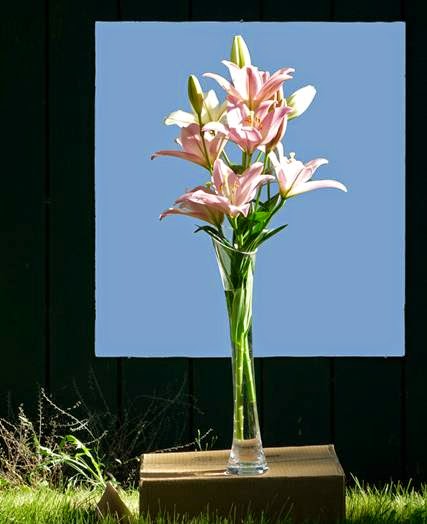 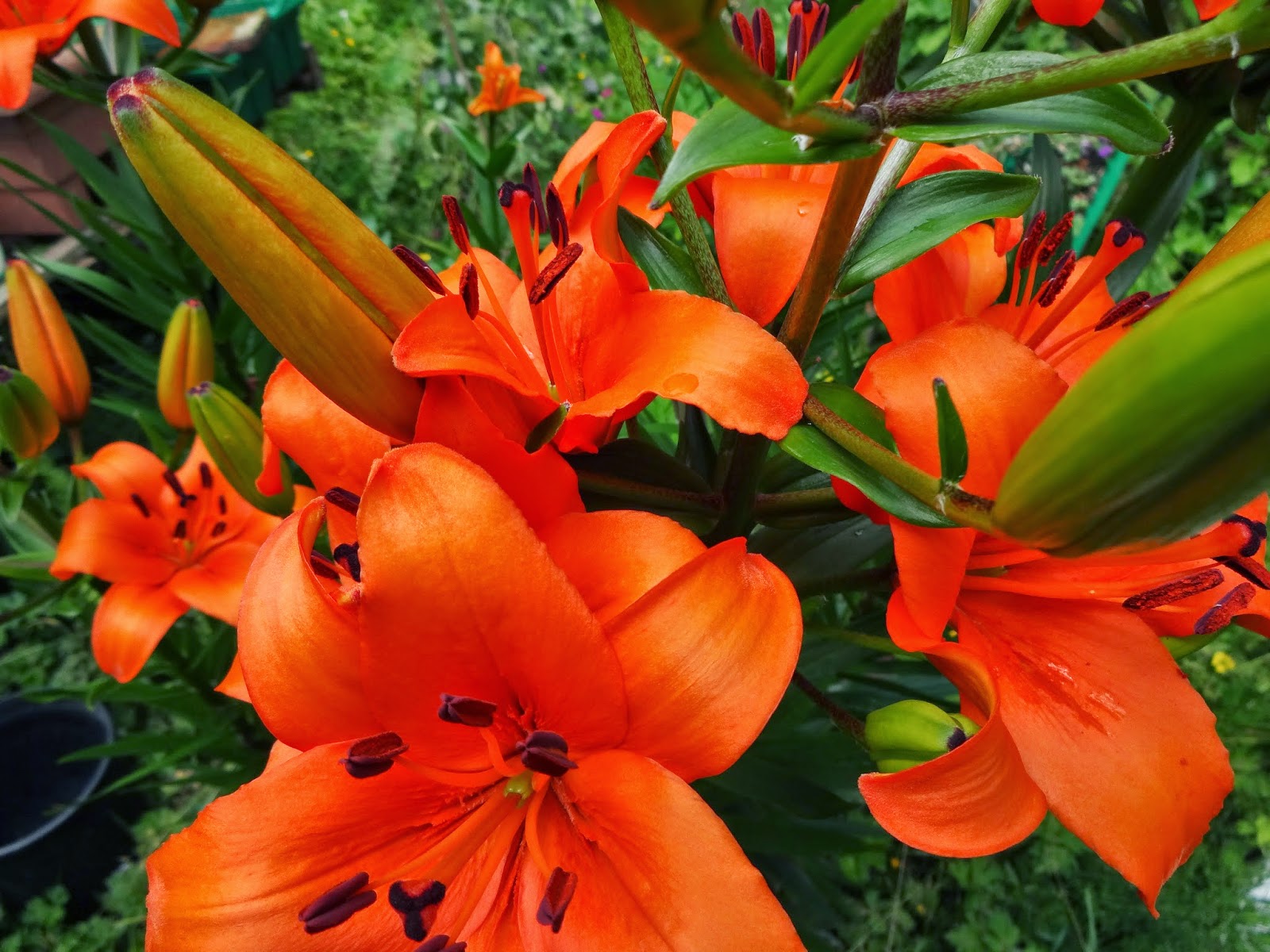 All orange, all the time.  Started with one, now there are six stalks with 8-10 flowers on each one.  Actually, there's very little time in my life in the summer to do anything but look at the lilies.
Posted by judy ross at 10:21 PM

Judy, how long do the blooms last on each plant? Days/weeks?

Outside, they last at least 2 and some 3-4 weeks as the buds bloom up the stalk. If I cut them and bring them indoors, it's more like 10 days, but the more buds there are on the stalk, the longer they last, both in and outdoors. They're definitely NOT like daylilies, which got their name for a reason.