Seabright Farm and Cottages or Something 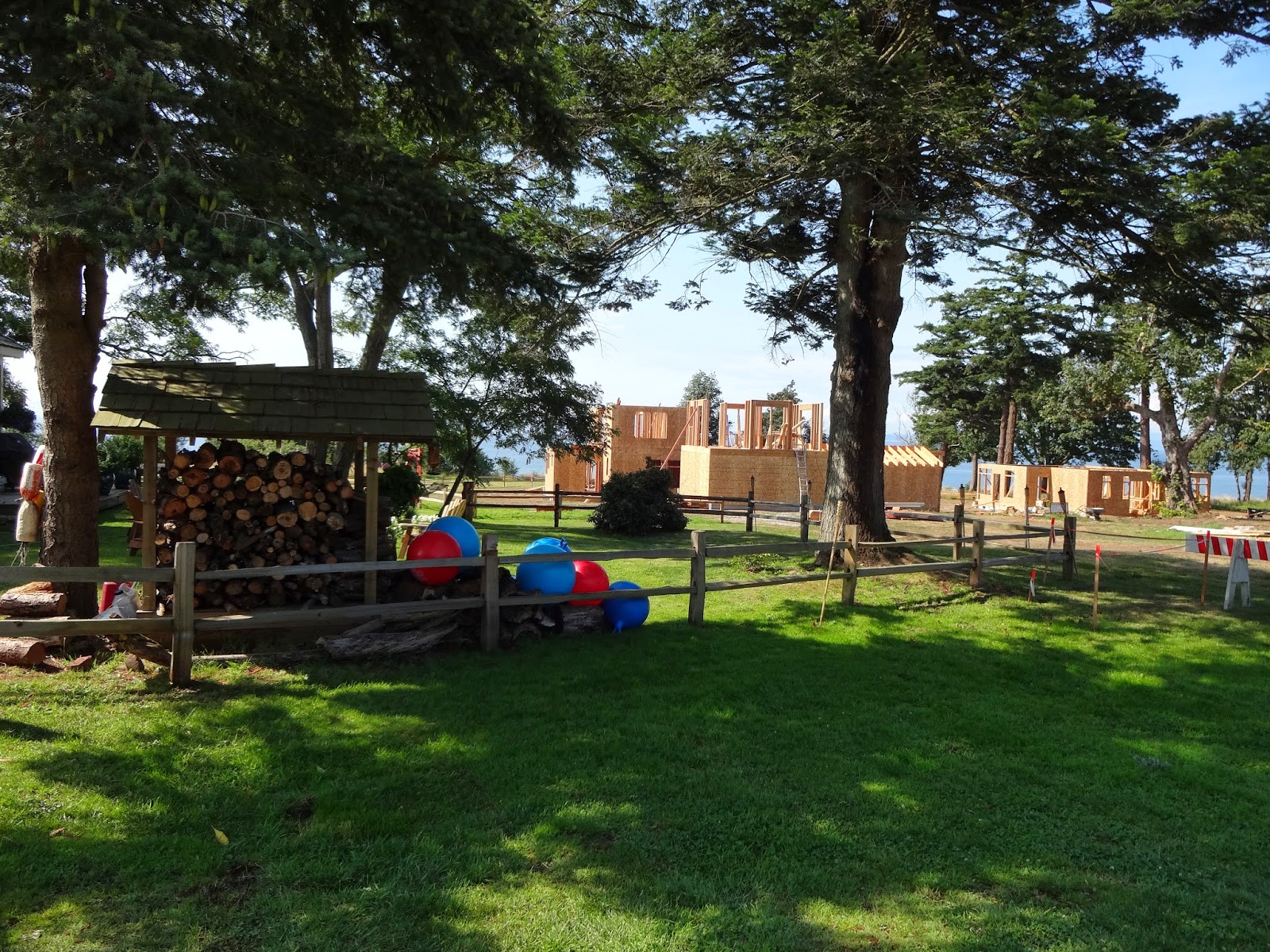 Ed and I went up to Seabright the other day to see how things were going up there.  There's lots going on and they have tours every day from Wednesday to Sunday.  Some things were pretty surprising.  The place has been featured as having splendid ocean views.  But the primary view you see as you drive down the entrance road are several two story houses between you and the ocean.  I had understood that the houses would be relatively small, but these three don't look small and they certainly look like they're in the way of a potential buyer's view. 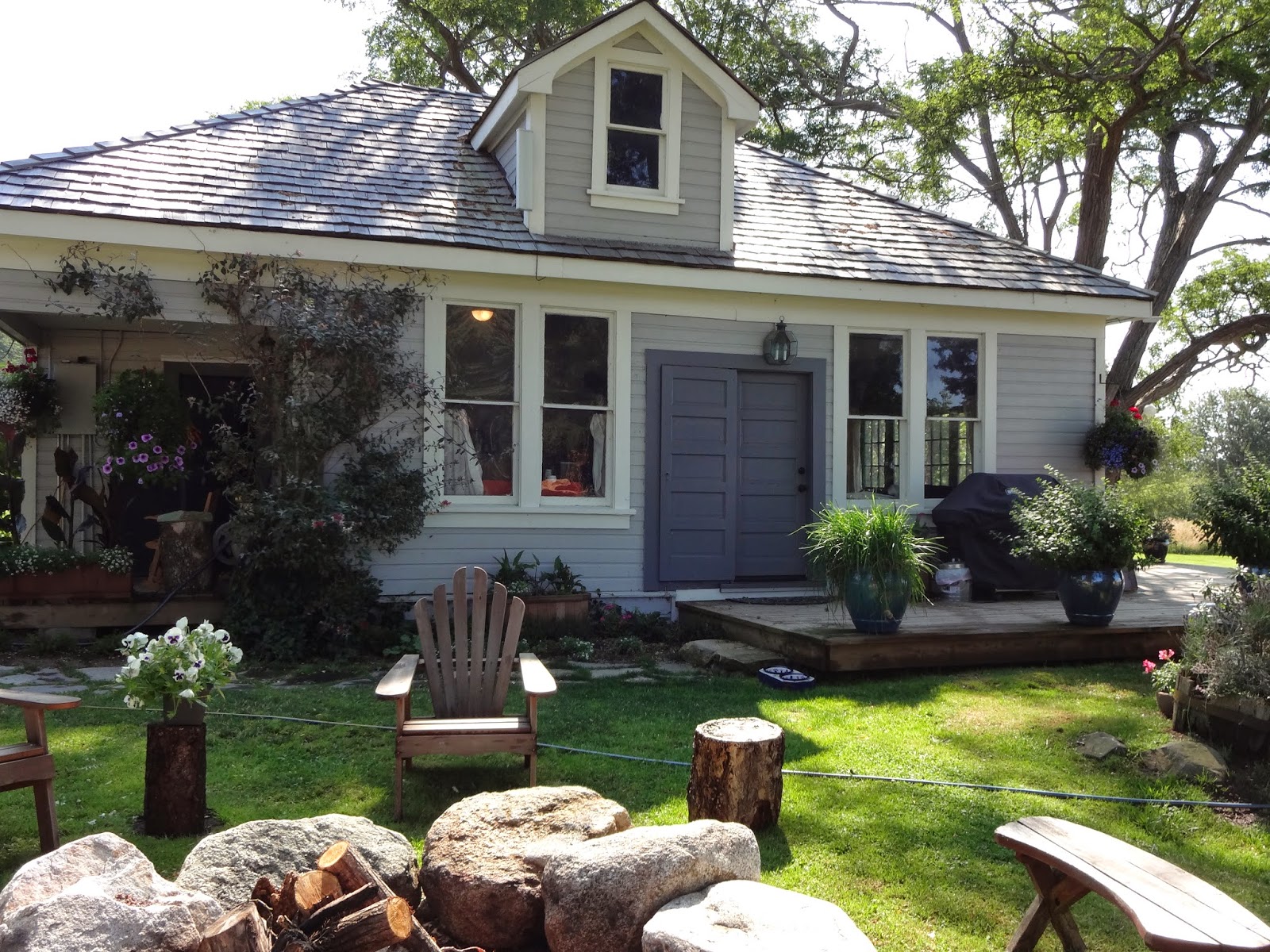 There's a lovely little reconstructed house (above) which is being used for a sales office.  It's filled with old Point memorabilia of sorts; or at least old furnishings for a very nice nostalgia touch. 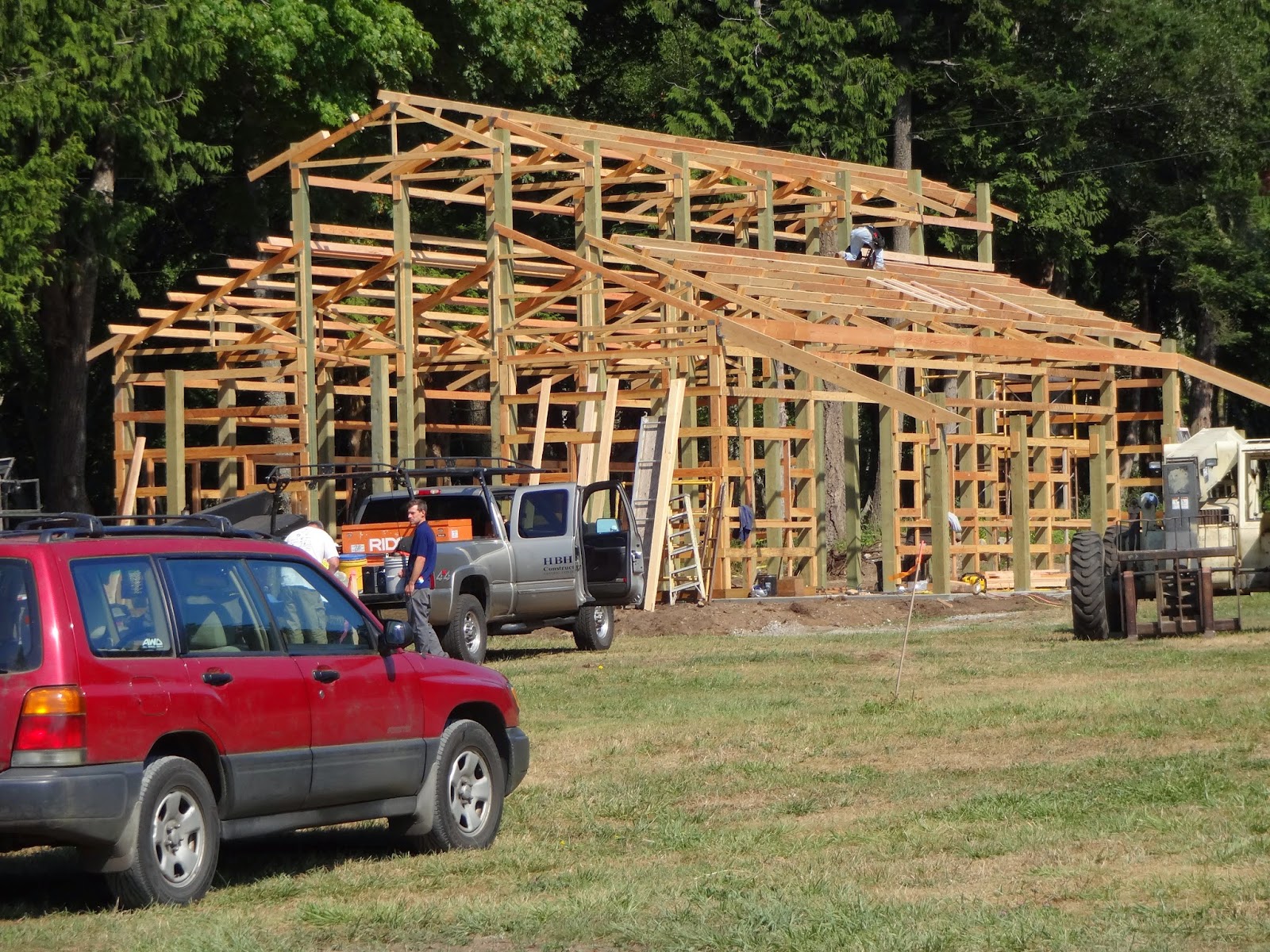 And a big barn is going up.  I don't know what the buyers of these 58 (?) small-ish lots are going to be doing in or with a barn; I don't think it's for horses.  But who knows, maybe Point Roberts will become a center for square or contra dancing.

If you've got some free time, it's worth taking a look at it.  Just to see what they have in mind.  Not exactly the Point Roberts we are used to.  More planned, I suppose.  And planning is not exactly a word I spontaneously associate with Point Roberts.